In memory of R Patrick Murphy

wants his man back.

To Captain Bosumwith, of the Royal American Regiments at York.

I am informed you have enlisted one Patrick Murphy a Deserter from my Regiment who was confined in the Goal at York, tho’ you had previous knowledge of his being so.1

You must be sensible such proceedings are repugnant to the public interest, and contrary to established articles of war; to say nothing of the ill effects that follow precedents of this nature. The suspicion of a Soldiers disloyalty, I shou’d have thought sufficient to suspend your desire of recruiting him, until confirmed of the truth: and as you then refused to give him up to a Sergeant sent on purpose to receive him: and now assured of his belonging to my Regiment;

I hope you will take the first opportunity of returning him to his company at maidstone (under command of Capt. Robert Stewart:) It being impracticable to send so far as Philadelphia for him. Your compliance will oblige Sir Yours &c.

Click the left clicker to see clearly this short biography.

In Memory of Pat

We would like to showcase one of  our French and Indian War Foundation directors on our Board.

Lecture This Sunday, March  11, 2018:
.
“Life on the Inner Frontier: The French and Indian War in Memory and Artifact in the Shenandoah Valley”
.
Presented by
Patrick Murphy, Author and Historian
.
St. James United Church of Christ, Lovettsville
2:00 p.m. 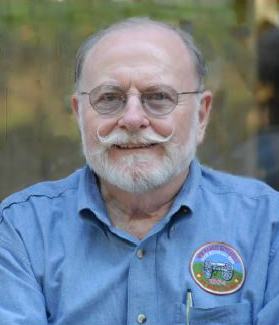 This Sunday, March 11, 2018, Patrick Murphy, author of an award-winning book on the French and Indian War, will present “Life on the Inner Frontier: The French and Indian War in Memory and Artifact in the Shenandoah Valley,” as this month’s featured lecture in the Lovettsville Historical Society 2018 Lecture Series.

Mr. Murphy will discuss the French and Indian War in the Shenandoah Valley – the closest the war came to Loudoun County — with a focus on how we remember that war today.

• The face of the frontier
• Indian mode of warfare
• Fortified places of refuge
• Representative incidents
.
Mr. Murphy, who has been a Navy engineer, an English professor, and a practicing lawyer, is now an accomplished historian and is a Board member of the French and Indian War Foundation in Winchester, VA.
.
The program will be held at St. James United Church of Christ, 10 East Broad Way, Lovettsville, VA., at 2:00 p.m. Admission is free, but donations are welcome to defray expenses of the program and to support the activities of the Lovettsville Historical Society.
.
For more information, visit www.LovettsvilleHistoricalSociety.org or email events@lovettsvillehistoricalsociety.org.